A couple of recent studies highlighted in the UK Lingerie trade press reveal some alarming statistics about the regularity with which we Brits change our underwear! Despite the volume of Lingerie sales, many of which we have to acknowledge are impulse buys, it seems that a surprising third of UK women wear just two bras on rotation. The research panel confessed that this was largely due to comfort, it seems that too many impulse purchases have not been fitted properly before the sale and so the new bras are often relegated to the back of the lingerie drawer within a week of buying them, the preference going to an older more comfortable bra even if it doesn’t look very nice any more.

In line with those findings the study also reported that a third of the respondents have been wearing the same two bras for over ten years while one in twenty women are still wearing a bra that they bought over twenty years ago. This means that at least a third of women are wearing bras that cannot be offering proper support any longer as the fabric will have stretched and lost its strength. This is worrying as breast tissue is extremely sensitive and cannot be repaired if it is damaged or stretched, the breast does not contain any muscle so sagging, caused by lack of support, cannot be addressed at a later stage with exercise or other non-surgical treatment.

We have discussed the importance of being regularly fitted for a new bra on this blog before and this study shows the need for the message to be reinforced more fully. There is no substitute for visiting a qualified bra fitter and ensuring that each time you purchase a new bra it is going to be one that is comfortable to wear and will properly support your valuable assets. 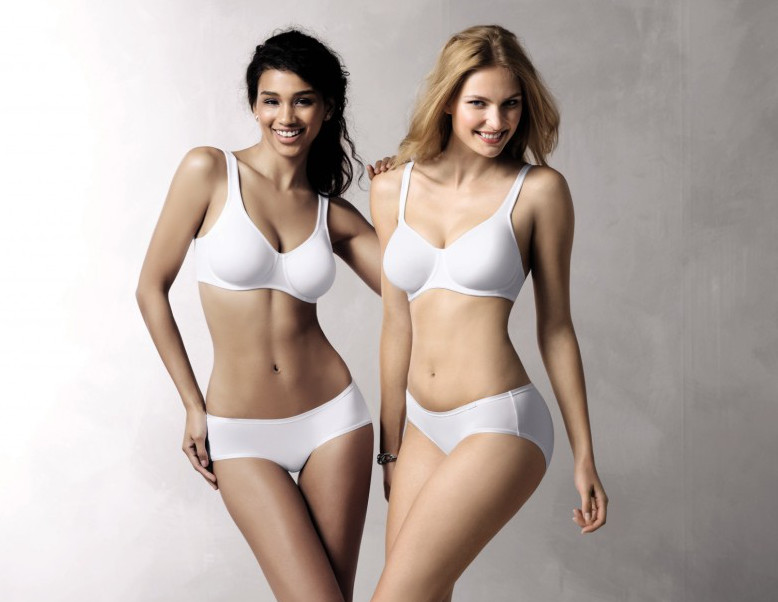 Another study looked at the underwear habits of men and this revealed that most men’s underwear collections are at least four years old while one in ten men admitted to wearing their pants up to ten times without washing them! Really guys?? This is seriously not OK.

Apparently a tenth of the nation’s pants collection is actually over 10 years old and over half the UK male population are wearing underwear with holes in it. It seems hard to believe but many people think that as they are unlikely to be showing anyone their underwear they are not too worried about what condition it is in or even whether it still has any elastic holding it up properly! The exception to this, according to the study, was if they were going on a date, then they up the game dramatically and choose a newer style in the hopes of ‘getting lucky!’

The study concludes by telling us that the average UK man owns 13 pairs of pants in total and will spend around £20 a year on them. Ladies perhaps it’s time we re-examine our men’s underwear drawers and treat them to some new pants!