Recently we brought you the story of Wendy Watson and how she founded the National Hereditary Breast Cancer Helpline after finding out that she had a hereditary gene which left her with an 85% chance of developing breast cancer.

You can read about her as well as the journal that ANITA sponsored to raise funds and awareness of this particular breast cancer. The journal featured the stories of twelve women who had undergone preventative mastectomies as they were also carriers of these faulty genes and we are going to introduce you to them one at a time over the coming weeks. 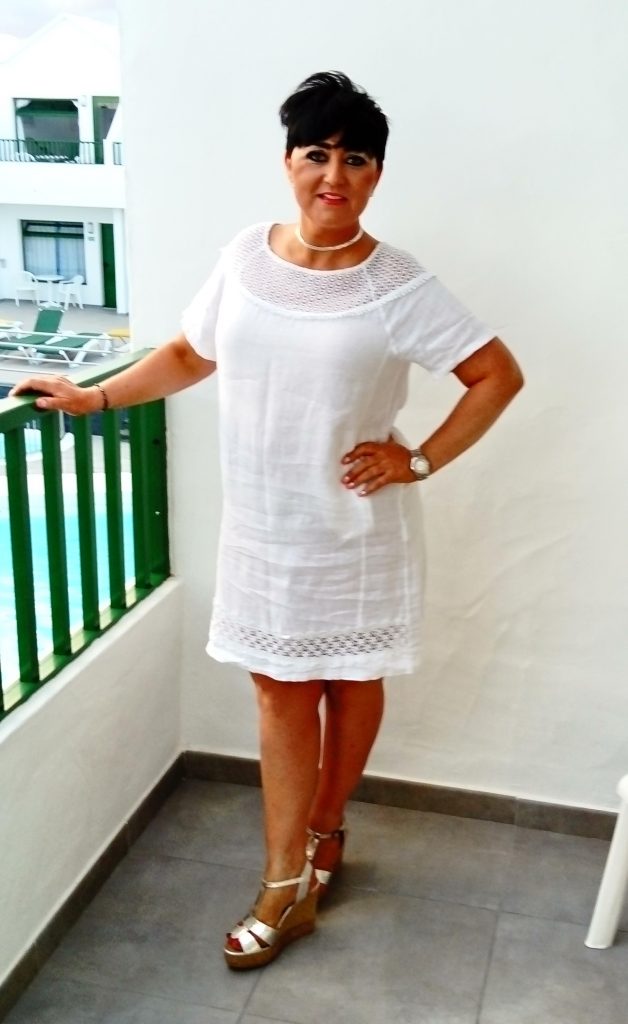 This week we caught up with Fiona Bayley and asked her about her story.

“My name is Fiona Bayley and I am 44 years old. I live in Staffordshire with my partner and my 19 year old daughter Ella.

Working full time as a cosmetic consultant for YSL keeps me busy and grounded and I would describe myself as a happy person enjoying life with family and friends.

In a strange way I would say that I have become even more positive since my surgery.”

We asked Fiona how she discovered she was BRCA 2 positive.

“I discovered I was BRCA2 positive in May of 2016 and I was initially stunned. We had a high presence of breast cancer in the family, my mother and two aunties have all had breast cancer and sadly my two aunties are no longer with us. When the gene was discovered the family went for tests and I found that myself as well as two of my cousins were all carrying the faulty gene. We all elected to undergo risk reducing surgery to limit our risk of breast and ovarian cancer.

My own surgery was carried out in Jan 17 and I chose to have my ovaries and fallopian tubes removed along with a double mastectomy with reconstruction all in one eight hour operation. The surgeon told me afterwards that they had found pre-cancerous cells on my fallopian tubes so the operation really came just at the right time. I have not looked back since the surgery, I feel that my life has changed for the better, I do not have the fear of cancer hanging over me and my confidence has soared.”

Fiona told us the Helpline had made a positive difference to her experience.

“The helpline, which I found on Facebook when I was newly diagnosed, was wonderful. I was able to ask questions, talk to people who had undergone the surgery already and it was a fantastic support to me throughout the process. I would like to be more involved with the group as time allows and am still an active member.

The hardest part for me was finding out recently that my daughter carried the gene; I have struggled with guilt knowing that I have passed the gene on to her. She has no surgery planned at present as she is so young but we know that she has the options and that is some comfort.” 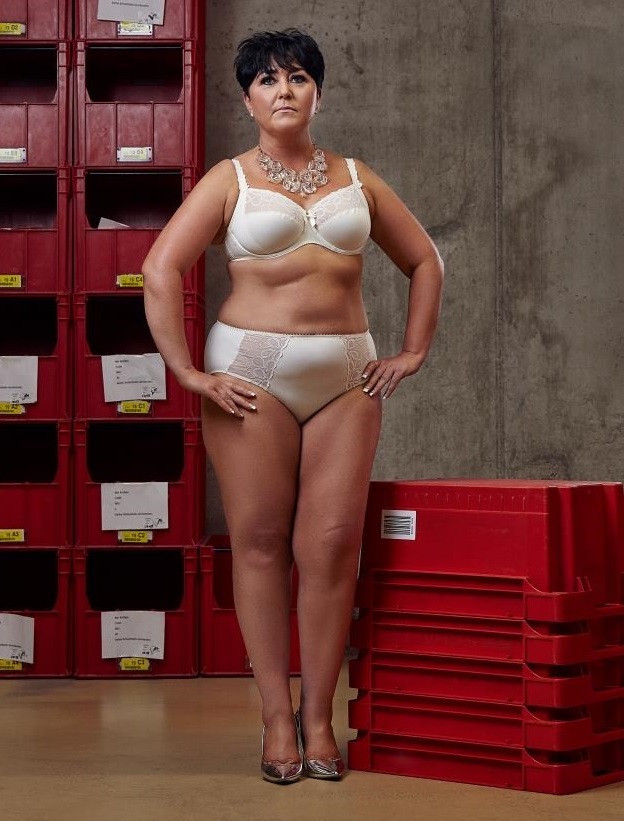 “To anyone who may have been newly diagnosed I would say

“Don’t be afraid, the worst part is the waiting around for the surgery. Afterwards I felt that I had a new lease of life”

The removal of my ovaries caused me to go straight into menopause and this has been a little challenging but then we all face this at some point.

I have chosen not to have HRT and trying to manage with healthy diet and lots of rest which is working well. I would say that I feel healthier and happier than I did ten years ago.”

Fiona took part on the photoshoot to become one of our twelve ladies in ‘My Genes and Me’ and Anita thank her very much for her participation and support and wish her all the very best for the future. She is pictured here wearing the 5627 Lupina in champagne.