So far in the series My Gene’s and Me we have introduced you to Wendy Watson, Becky Measures and Fiona Bayley all three of whom have had preventative mastectomies due to carrying a faulty gene which left them predisposed to develop breast cancer.

Next we would like to introduce Lucinda Parish, a 43 year old marketing manager from Milton Keynes who discovered she had the BRCA1 mutation 4 years ago.

We asked Lucinda to tell us about her story: 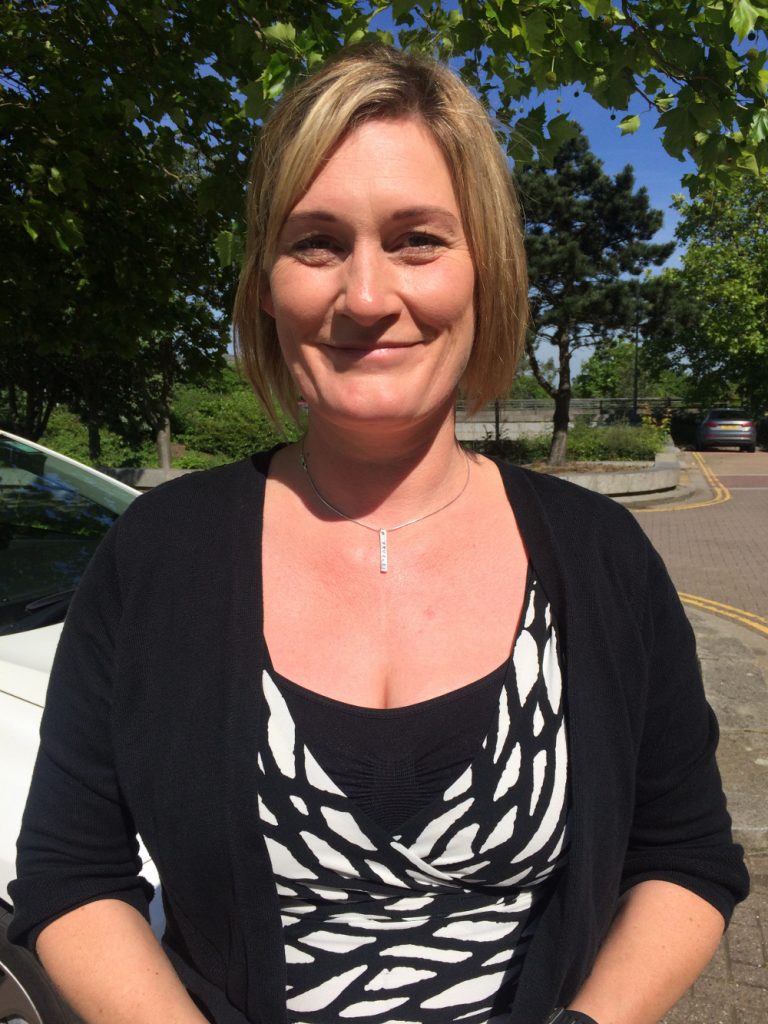 “We found out that our family had the BRCA gene when my Mum developed Breast Cancer in 2007.

The gene had come down through my Grandfather’s side where there was a long history of breast cancer and when the doctors tested my Mum they found the gene.

I subsequently tested positive in 2013 and on googling the condition to find out more about it I found the Hereditary Breast Cancer Helpline.

I rang and spoke to Wendy and then got to know her and Becky through Facebook, they both supported me enormously throughout my operations and I couldn’t have got through that time without them.

I am a keen runner and I ran the London Marathon for the first time in 2015 raising over £7000 in funds for the National Hereditary Breast Cancer Helpline. Four months after I ran the marathon I began an 18 month journey of four cancer-preventing operations. This involved 16 hours of surgery and four months off work while I had a double mastectomy with a Diep flap reconstruction. Six months later I also had my ovaries and fallopian tubes removed.”

Anita: Has it had been difficult to get back into training after surgery?

“Running post-operations has helped me to recover physically and emotionally from my BRCA journey, it has helped me to feel in control of my body and to realise that our bodies are amazing powerful things capable of healing themselves to the extent that we can even run marathons if we want to.

Four months after my last operation I was back in marathon shape and undertook a ‘Four Races in Ten Days’ challenge starting with the London Marathon, then seven days later followed by a 5K, Half Marathon  and a 10K run in three consecutive days raising more funds and awareness for the National Hereditary Breast Cancer Helpline.

This was not an easy journey but one that I am so proud of and I want to tell anyone facing their own surgery that you absolutely will come out the other side and be who you were before.”

Lucinda is now serving as a Board Trustee for the National Hereditary Breast Cancer Helpline and her future plans include supporting and counselling newly diagnosed women.

She is committed to raising funds and awareness about the gene mutation so that more women will get tested and find out about this preventable cancer.

Lucinda: “Our campaign message for 2018 is ‘Make One Person Aware’ and that’s exactly what we intend keep on doing!”