Hereditary breast cancer could be responsible for up to 10% of breast cancers however awareness of this is still very low amongst women worldwide despite some high profile celebrities like Angelina Jolie having preventative surgery themselves.

The journal features 12 women who have all had risk reducing breast surgery because they are carriers of a hereditary faulty gene (most commonly BRCA1 or BRCA2) that leaves them with an 80-90% chance of developing breast cancer. They have all lost Mums, Sisters, Aunts or other close family members to the disease.

The journal will be used by the charity as a tool for newly diagnosed women to record their own journeys as they make decisions about how to proceed with the news that they are carrying one of the faulty genes.

There is a lot of confusion about the BRCA1 gene and other mutated genes but the simple facts are that if you are a carrier of the faulty gene (a blood test will confirm if this is the case) then you have an 85% chance of developing breast cancer. It is a hereditary gene that can be passed through the mother or the father and of course having a mastectomy means that the risk is massively reduced so more and more ladies are making the brave decision to undergo surgery in order to avoid developing cancer later on. 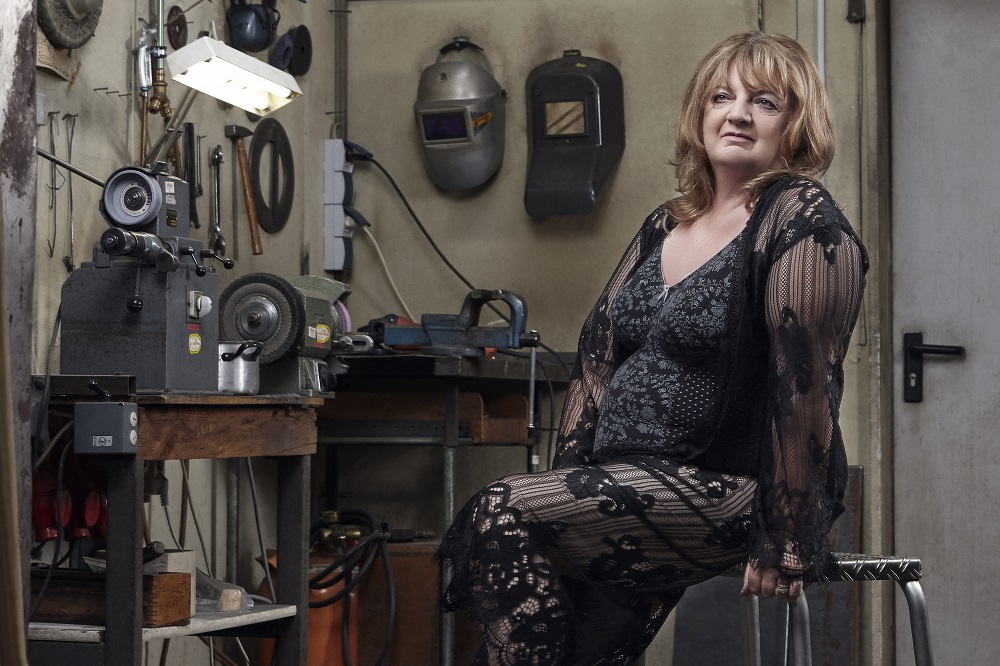 The first lady in the UK thought to have had this surgery is called Wendy Watson and she founded the National Hereditary Breast Cancer helpline after her surgery. Her daughter Becky Measures went on to also have surgery as she too tested positive for the faulty gene and they run the help line together. Wendy has written a book called ‘I’m still standing’ about her experiences and was previously voted the Tesco Mum of the Year for her work in this area.

The shoot was done at the Anita head offices in Brannenburg Germany and Kufstein Austria and was organised and styled by Jemma Barnes from Anita UK.  The ladies were all photographed wearing Anita underwear and the shoot was about empowerment, strength and overcoming obstacles. We asked her how she felt about the shoot and she told us “As women nothing empowers us more than other inspirational women, most especially those who have faced adversity and yet come through it and shine even brighter than before.

The decision to use the stories and images of  these women who have survived breast cancer and had to make life changing decisions due to having simply inherited a breast cancer inducing gene … was a simple one , they are real , they are strong , they stand up for women and most of all they are all beautiful inside and out. Their stories are strong and true and the photos of their bodies are too … just the way they are …”

The journal is available to purchase from www.eloise.co.uk priced £9.99 there. We will be introducing you to the other 10 ladies over the coming weeks so watch out for future posts.