So then… are you a rear foot runner, mid foot runner or a fore foot runner? Confused? Isn’t running just putting one foot in front of the other?

What we’re asking is, which part of your foot hits the ground first when you run. There are so many arguments as to which is the right or best way to run. The question is of course, does it really matter?

“Running is often thought of as a cheap and easy way of getting in shape, but if your technique is wrong this is far from the truth,” says Kerry. “With the wrong technique you will have a physio bill as long as your arm, and each training run will feel like a chore.”

He also, says “like any sport, running is a skill. Getting your technique right and mastering the skill of running will make it easier and more enjoyable.” 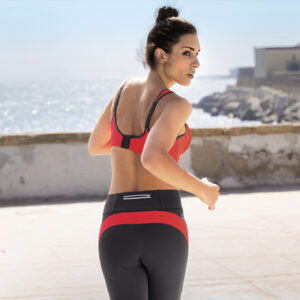 In another of her blogs “Heel striking – is it really the enemy of good running form?”   Carys explains why some feel heel striking is bad for you.

“I met Malcolm Balk, running coach and Alexander technique teacher, and barefoot aficionado John Woodward, who convinced me that heel striking was inefficient – due to higher braking forces – and hazardous, because the “lump of bone” which is the heel is not designed to accept two to three times body weight – the level of force associated with running.”

Further on in her blog

“Heel striking has received more negative press than it deserves,” believes Jessica Leitch, director of the Run3D Clinic in Oxford. “The evidence simply doesn’t support the theory that everyone should run with a midfoot or forefoot strike to avoid injury. Yes, it alters loading mechanics, with joints and tissues stressed differently by different footstrike tyes, but in doing so, it often shifts the problem from one area to another.”

“Mitchell Phillips, director of gait specialists StrideUK, agrees that a change, rather than a reduction, in injuries is the likely outcome of switching footstrike. “A migration from heel to forefoot running may reduce the number of knee-related injuries but increase the potential for calf-related injuries,” he says.

Really then the choice is up to you. 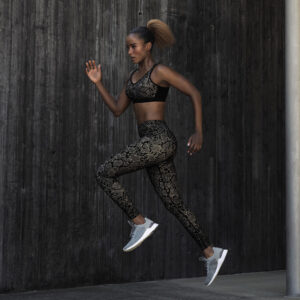 Verywell.com has some “tips for proper running”

So, after reading a lot of articles about running techniques, we’ve discovered that running is not just a case of putting one foot in front of the other faster than you would walk. There’s a lot more involved especially if you’ve got to remember to relax your hands, shoulders and also rotate your shoulders while running. It can seem a little confusing. We can’t recommend which technique you should use, that’s up to you. What we will recommend is that you get the best sports bra available and make sure that at least one part of your body is definitely in good hands!