After spending the last 20 years or thereabouts in London , Anita UK has decided to relocate its offices a little further north to Milton Keynes.

Milton Keynes is a vibrant city and one of the fasting growing in the UK , its central location in the country has seen it draw many major companies to the area both for spectacular headquarters and huge logistic centers as there is much more space available to develop than there is in London.

The city boasts a 30 minute Express train service into Euston which operates over twelve trains per hour and ensures that all  the companies ties with the capital city can be comfortably maintained. Such closeness to the major cities of London, Birmingham, Oxford and Cambridge, all within approximately an hour to an hour and half, coupled with a beautiful location overlooking Furzton lake;  the new office suites of Anita UK really offer practicality, beautiful views over the lake and a warm welcome for all visiting UK customers. 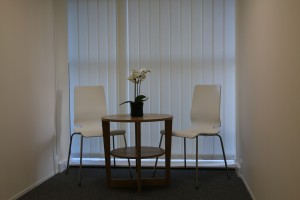 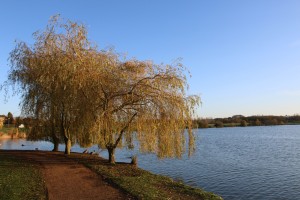 The new offices combine space on the lower floor for the Eloise business complete with its specialist  fitting suite (which will open in 2016) and of course  a showroom for the Anita training sessions which are so popular with UK customers. The upper floor comfortably houses the Anita customer services team, the accounts department , MD’s office  and marketing space.

The move itself took place mid October and has meant the induction of a whole new team, all of whom is excited to join the company and is working hard to learn all the companies’ procedures to offer great service to the UK’s customers as quickly as possible. It also allows for an expansion of the company; which looks forward to welcoming on board a new international marketing team member early in 2016, which Anita hopes will improve the services and support shown to its customers still further.